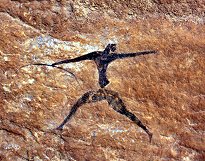 The paintings judged to be the best in quality attracted many cavemen “users” to the pornographic cave “site”, humanity’s first steps towards a world-wide pornography distribution network. What the HELL is that guy doing to that horse?!?

Many Greek urns from the Hellenic period are painted with extremely pornographic images, making them totally unsuitable for sale at Pottery Barn.

Rich Greek householders would often place dozens of pornographic urns on their front lawn, charging all single male visitors seventeen drachmas a visit to the collection. The householder with the most popular urn collection would draw “heavy traffic” to his collection “site”. “Image stealing” was a big problem, however; Greek house-owners would often sneak over to their neighbor’s lawn and steal the urns with the best images. Greek men would then hide these images in a special clay vase marked “Tax Receipts” to trick their suspicious wives. 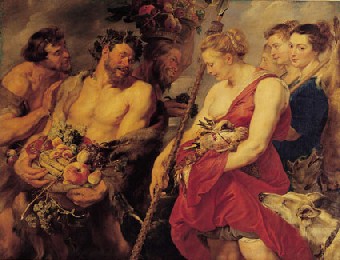 “Hey baby, howz about you ditch your skinny sisters and we go attack an Arby’s?”

In this era, being overweight and pale denoted your social status of being wealthy, as you didn’t have to work under the hot sun and stayed indoors eating sugary foods all day. It should be noted this author does the same thing but is mysteriously not yet wealthy.

4 – The Telegraph (1st Precursor To Cybersex). Invented by some guy when everyone wore nineteenth century clothing because it was the nineteenth century, the telegraph sent and received data even slower than that big 2400 baud modem you have in that box of old computer junk from the 80’s in your basement that still hasn’t been thrown out.

Early precursors to cybersex are also apparent in other various telegraphic transmissions:

5 – Stash of “Playboy” Magazines in the Woods/Park/Abandoned Lot. 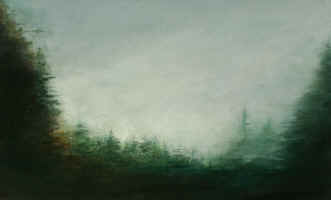 “Somewhere, out there in the Great Beyond, there’s a mother-load of pornography.”

A long tradition of many young males in the pre-computer modern era was to hide caches of pornography in wooded fields or empty buildings, common gathering places for adolescent boys to hide pornographic magazines and engage in mild homoerotic exploration.

Such “hubs” of social genital discussion often provided sexual education to young males, usually in the form of “yeah, that’s her ‘verginer’, looking at it makes me feel funny and scared at the same time.” (A sentiment this author still carries to this very day).

6 – Your Dad’s Stash of Pornography Locked Up in His Den/Garage/Attic.

Let’s Explore the Mysterious Vault of Exciting Yet Disturbing Magazines!

Although not as common today, a skill some boys still acquire is learning the art of lock-picking so they may bypass the mechanical security guarding their father’s stash of hardcore pornography. Another important skill gained was ensuring the piles of magazines were in the exact same order and position they were found in, so as not to raise the suspicion of the paternal unit.

Sorry to tell you that.

End of Chapter Exercises for the Student: