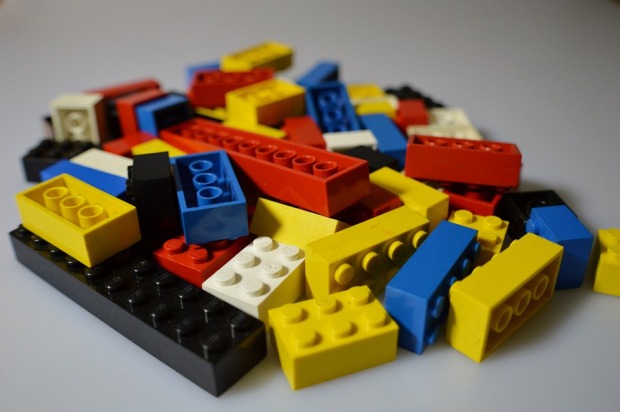 Everyone knows and loves Lego bricks. Most of us grew up with them as our favorite toy, spending hours building houses and spaceships and, well, whatever our imagination could conceive. But there are a lot of other very creative uses for Lego bricks, and here are just a few:

Usually made by stop animation, movies and shorts made with Lego bricks are called “brick films”. Ranging from traditional story-telling to music videos to spoofs, brick films can be found all over the Internet in many genres. One of the most popular Lego animations was the music video, “Fell in Love With a Girl” by The White Stripes. In some brick films computer animation or live action is used instead of, or along with, stop-animation. There is an entire website devoted to to this genre of film-making at www.brickfilms.com.

If you’ve never been able to solve the Rubick’s Cube puzzle, why not buy a Lego Mindstorms kit and build a robot to do it for you? That’s just what a Swedish software engineer named Hans Andersson did, and you can see the results at Tilted Twister. Although he had to replace some of the colors on the Rubick’s Cube so the sensors could detect them accurately, the whole project was made with the Lego Mindstorms NXT Retail kit and nothing else except time, patience, and good programming. Mr. Anderssen says the robot’s average solution time is six minutes! Much better than this author, who could never even get two sides to match.

Speaking of computers, an enterprising individual named Andrew Carol built a replica of Charles Babbage’s difference engine, a 19th century precursor to the computers we have today. Mr. Carol has actually built two “generations” of difference engines and is working on a third. Too bad Charles Babbage didn’t have Lego in his day, maybe he would have completed more of his projects!

Build a Church (to the Flying Spaghetti Monster)

Ah, yes, the Church of the Flying Spaghetti Monster. Originally a semi-serious protest to the Kansas School Board about teaching the theory on intelligent design and now a full-blown Internet meme. One enlightened “Pastafarian” received official sanction to build a Flying Spaghetti Monster church model, and here are his results. The builder of the model, Chris Doyle, even goes on to provide a guided tour of the church, along with floorplans and even desktop wallpaper!

Artist Nathan Sawaya likes to make sculptures out of Lego bricks. He calls himself “The Brick Artist” and he certainly has a right to claim the title. Nathan has many fascinating Lego brick sculptures and art from large to small. His work was recently aired on “The Colbert Report”, where Mr. Sawaya presented Mr. Colbert with a Lego likeness of the popular political commentator. You can find Nathan Sawaya’s website here, along with a great gallery.

This is not the only example of Lego bricks as art: check out the display at the Liverpool Museum.

Lego bricks are indeed a timeless toy, but that doesn’t mean you can’t build a clock with them. A fellow named Bob Kojima built a rolling ball clock. Incorporating the programmable RCX brick and a whole lot of Lego pieces, Mr. Kojima had quite a few obstacles to overcome such as the light sensors not detecting the balls, a slightly mis-timed computer, etc. But overcome them he did, and he shows off the project with a whole bunch of pictures. He even includes the source code program for the rolling ball clock if you own an RCX programmable Lego brick.

This is quite a contraption, but the builder of the Lego brick chocolate printer states that it does work to a limited degree. The trickiest part appears to be the chocolate melter/extruder, taking up most of the plans, while the printer itself is a relatively simple framework. This project also incorporates the RCX programmable brick. A very original idea!

One of the most popular Lego webcomics is Irregular Webcomic . While not all the comics on this website use Lego bricks, there’s certainly a huge amount of comics there that do. Of course, there are other webcomics using Lego bricks, such as Adventures of the S-Team and Reasonably Clever!